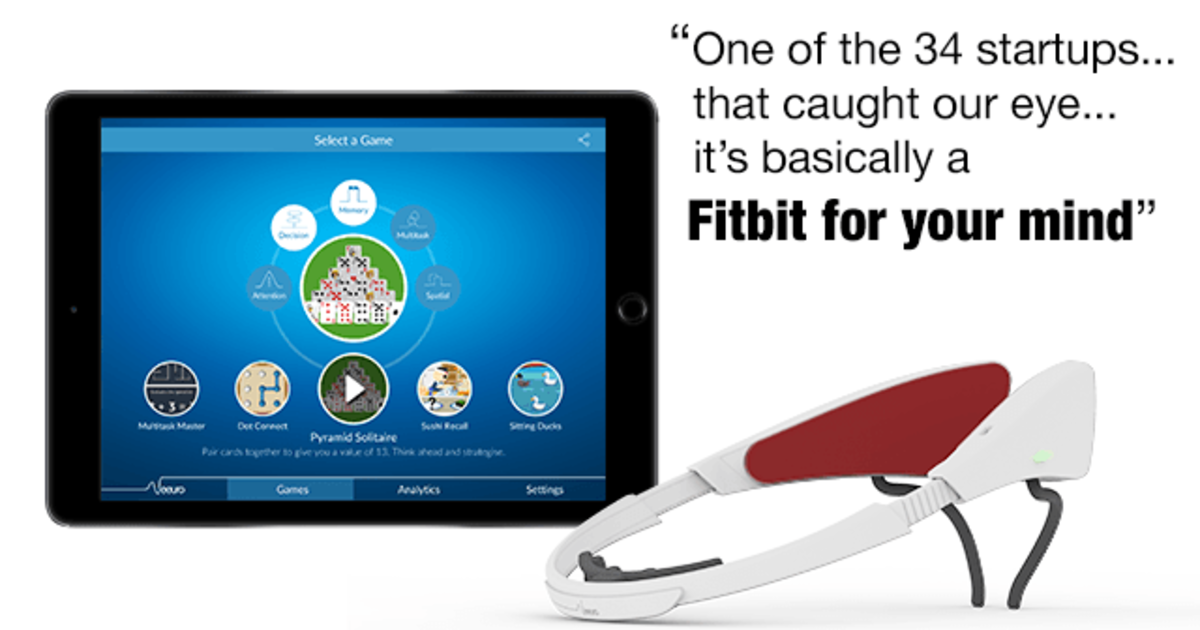 Train your brain for a healthier mind, to achieve better memory, focus, spatial skills and much more | Check out 'NEEURO Ultimate Brain Training Wearable with Games' on Indiegogo.

The Singapore company seems to be taking the “brain fitness” angle, pairing brain-training apps with a 4-channel EEG headset. The headset uses four “proprietary elastomer” dry-sensors on the forehead area, and two references sensors behind the ears, with a sample rate of 250Hz. The Neeuro headset communicates with iOS and Android apps via Bluetooth 4.0 LE.

Their website and campaign are fairly fuzzy on the technical details of the headset, mostly talking about the benefits of brain-training, and their apps in particular. It’s unclear whether you can access raw EEG: they don’t have a SDK, but the campaign states that they intend to release one in the future.

Eh, I want there to be solid brain-training paradigms, but each time a company like this gets behind it, I feel that there will be a lot of bending science action going on. The last thing the world needs is a reincarnation of lumocity, where playing portal 2 results in better outcomes. I feel like companies like this are doing more damage to the field of cognitive enhancement than anything else. They come up with strong claims nitpicked science and then, as history shows, usually it turns out their product does not deliver what it promises.

I want there to be money coming into research, especially on possibilities of combining biofeedback with cognitive tasks. But, then I only want it to be streaming into hands of people who genuinely want to advance the field by doing science and not bending science.

I don’t know about you guys, but to me OpenBCI crew seemed to have done a great job with hardware so far, and they genuinely seem to want to truly innovate, as well as make their product affordable. Neuromore seems to be another company in this realm.

I don’t see any reason for any brain training to require special hardware to begin with (I can understand them not wanting to use third-party software). Then, their brain-training games could just have an API where you can plug-in biofeedback, independent of where it comes from.

All this looks like another stick stuck inside the wheel of innovation and just an attempt to cash in on the progress in neuroscience.

As others have pointed out, it’s important to have fluid access to all the 10-20 sites to align with the previous research on neurofeedback protocols. The Muse and this new device are only measuring forehead points. So while that will be helpful for some training situations, and is super convenient and comfortable – it will not touch all the bases.