Hello, I’m suffering serious insomnia and PTSD. Intuitively I believe neuro feedback is a great way to train the brain to regain a healthy state. But I’m split between two options–those protocol training in the psychologist’s office with programmed stimulation to your brain and the spontaneous ones, supposedly not causing side effects. I’ve attached a link here which explains the difference. It’s not unbiased as it’s written by the second camp. I’m very confused if there is truth to the claims they made. Can someone share some insights/experiences? Greatly appreciate your input. 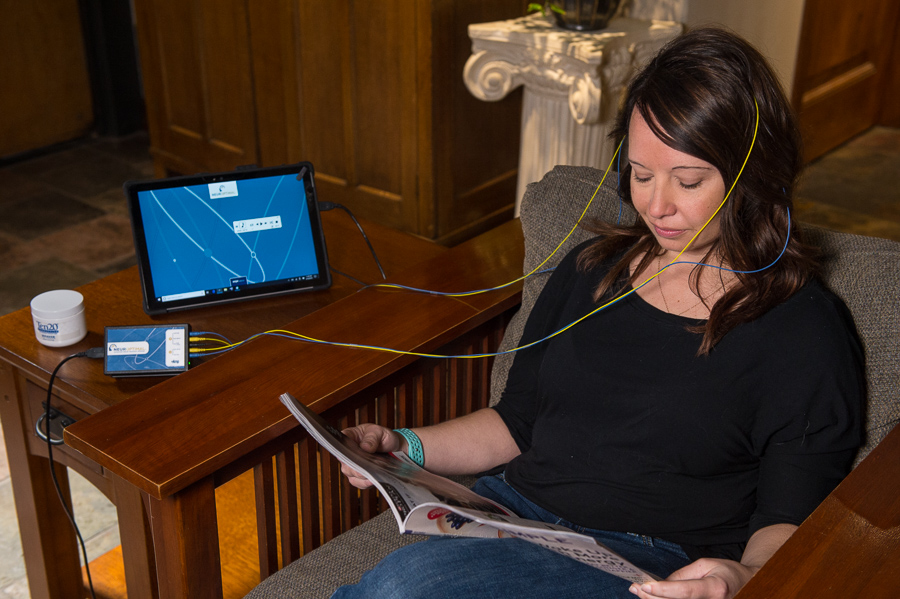 What is the Best Neurofeedback Equipment – Tips for Consumers

Dynamical vs protocol-based neurofeedback? Home unit or training in office? What is right equipment for you and at what cost? It's a challenge to learn everything about a new technology. That's why our experts bring you clear information and tips...

It’s sad to see various camps of neurofeedback attacking each other. But it happens quite frequently. I think this says more about the mind set of the proponents / practitioners, than about the technologies. I would suggest just sampling some sessions with one of your own choosing, say NeurOptimal or Cygnet, and see if you notice an improvement in your stability and resilience. Both of these technologies have had success with PTSD. Neither Cygnet nor NeurOptimal are applying “programmed stimulation to your brain”. They are just reflecting back to the central nervous system, some element of its current activity. This builds a level of self-awareness, resilience and self regulation at sub conscious levels.

If you were to look at published papers on PTSD, Cygnet likely has more out there than NeurOptimal. But again, both have been shown to be effective.

Thanks a lot for your input. Would you say if I could accomplish relief with non-protocol treatment, that should be my first choice?

The protocoled camp, of course have been telling me that without brain mapping, the treatment is not customized, hence not effective. Based on the reviews I’ve been reading, that doesn’t seem to be true. The idea of stimulating the brain repetitively does give me scare for side effects. Is this a legitimate concern?

One more question, William, is brain mapping, for the most part, safe to do? It only measures without any intervention, is this correct?

I’m not sure the terminology “protocol” vs “non-protocol” is really the most accurate. Cygnet has protocols and procedures under which it is used, for example.

Similarly, NeurOptimal internally, uses parameters and algorithms to fine tune the process of their sessions.

There is such a wide range of neurofeedback software. I think what the NeurOptimal site you first mentioned was trying to get at is – does the software reward or inhibit certain types of brain activity. Or does it just report back to the brain / CNS it’s current state, and let the system as a whole have the intelligence to self correct and guide itself into a more stabile, resilient state? I’ve seen the term non-volitional vs volitional applied in this context,

Your statement, “The idea of stimulating the brain repetitively does give me scare for side effects. Is this a legitimate concern?”. ‘Stimulation’ is not the right word to use here. Perhaps you picked that up from the article you linked to. Traditional neurofeedback is using a reward / inhibit paradigm, similar to operant conditioning, but at lower levels. There is no conscious operant process, the brain is learning new ways of self organization.

There are brain stimulation technologies, in fact a whole field of them. But neurofeedback is not considered stimulation.

re: brain mapping, is it safe.

Yes, totally. Take a look also at Pete Van Deusen’s Brain-Trainer site. A system you can do at home.

Thank you so much for your reply. It’s very clear and helpful.

In traditional neurofeedback training, are the reward/inhibit expressed in the form of pleasant/unpleasant sound or image? Or is it by some different mechanism? Are there any energy applied to patient’s brain via the electrode? Is this what I would expect in most clinical psychologists’ office?

With an app like Neuroptimal, the algorithm is decided on the fly based on my brain signal? So it doesn’t matter which therapist you go to, as there is setting adjustment by the therapist?

“There is no conscious operant process”, by this, do you mean the patient wouldn’t be do anything?

sorry, I meant “there is NO setting adjustment…”

re: reward / inhibit. No, this occurs entirely unconsciously by listening to or watching an audio / video that for example gets louder / softer or brighter / dimmer. No ‘energy’ is applied to sensors / electrodes. They only receive from the brain.

NeurOptimal is based on the idea of ‘turbulence’. When the brain is about to “change state” it becomes more active briefly. NeurOptimal detects these moments of turbulence and causes a very slight (essentially imperceptible) interruption for milliseconds in the audio track that is being played. This informs the brain / CNS that a state change has occurred. And the brain can then decide if it wants “to go down that path” or not.

For example a state change might occur if one’s thoughts sudden dwell on or become aware of anxiety producing past memories or situations. If given the opportunity to CHOOSE, the system as a whole can stabilize and become less reactive, more resilient and following through on more productive lines of thought.

In virtually all neurofeedback, there is “nothing to do” or consciously direct. You simply watch or listen to the track being played and relax. The CNS is learning during the session, reorganizing.

For an outline of how Infra Low Frequency (for example Cygnet) achieves more self regulation, see my web page:

Could you confirm my understanding is correct—in all neurofeedback including the traditional ones, there is no conscious or volitional learning. In other words, if i hear some change in the sound, i don’t have to figure out what i did wrong and try to change anything. The brain will do it automatically. I just have to relax?

Thanks again for your help. Now I feel comfortable starting my first neurofeedback session. I will try Neuroptimal first. I see you are in CA? Please let me know if you are coming to NY, I would love to take u to lunch to say thank you!

Yes, the idea is to relax during the session, there is nothing to “do”.

Your statement of dynamic vs static is not quite correct. There are no ‘static’ forms of neurofeedback or biofeedback. They are all dynamic and driven by aspects of the EEG being sensed. If you want a more technical description of an inhibit / reward protocol, see, notes on biofeedback technology, for makers.

NeurOptimal and Cygnet are completely different techniques. Cygnet based on the ILF glial response; NeurOptimal on the turbulence idea mentioned previously. In both these cases nothing is being rewarded or inhibited. Instead the CNS just observes it’s own behaviour and self adjusts to come into balance. This is what I was referring to as non-volitional. Volitional would be a reward based paradigm. Even though the ‘volition’ is not conscious.

Thats not quite correct. The ILF protocls are based on reward and inhibits just like mainstream neurofeedback except they are detecting and rewarding ILF (but inhibiting normal range frequencies). Neuroptimal isnt using a reward just an inhibit but also many mainstream protocls use inhibit only. The difference is what neuroptimal is actually measuring which no body knows because Val brown will not tell anybody. It supposed to be chaos based but I dont think it really is. Some say its based on variability.

ILF is not ‘rewarding’ ILF, nor does it grossly inhibit 1-40 hz. It simply makes changes in ILF frequencies audible. There is a difference. I use ILF in my neurofeedback practice. ILF has the concept of “optimal [ILF] frequency”, but again, this is not a reward as in conventional neurofeedback.

The primary reason it CANNOT be a ‘reward’, is that ILF has cycle times (wavelengths) that take 10’s to possibly 100’s of seconds to complete. So conventional neurofeedback filters that detect say alpha activity within a few hundred milliseconds – cannot be of any use when the ILF frequencies are so so slow. Thus the strategy instead is to make audible or visible, the variations in the ILF directly, without trying to ‘reward’ anything.

Early Val Brown NeurOptimal protocols measured something he termed “turbulence”. In those days it was setup as a band based metric. The details of his present design are of course proprietary.

The original design placed almost inaudible, very slight ‘clicks’ at the points where the turbulence was detected. Brown stated that the turbulence was the result of the brain about to “change state”. So if the central nervous system (CNS) was alerted to these state changes, it could more effectively “stay on track” and not get pulled off into old unconscious thought streams and belief patterns.

So again, at least in that version of NeurOptimal, the clicks were NOT ‘inhibits’ as you say, but an alerting mechanism so that the brain could learn to be more resilient to stress and less distracted with old material. If the old stuff could be thought of as a type of “strange attractor”, then alerting the CNS when it is about to change state, becomes a “choice point” and gives the CNS an opportunity to avoid falling into those black holes and repetitive tape loops.

The idea is not to inhibit state changes, but to make the process less autopilot and more Self-directed. Something in the CNS learns to go down the state change paths that lead to more fruitful outcomes.

I read the post, and noticed that you’re quite knowledgeable about neurofeedback. I was just wondering if you could briefly advice a total novice/beginner on where to start with neurofeedback?

I started with the Muse for meditation device - http://www.choosemuse.com/ , but ended up being disappointed, because seems like it isn’t really related to neurofeedback. And their “calm score” really depends on if one was steady during the calibration period. I didn’t find the information coming from the device to be useful in any way.

I personally don’t have PTSD issues or sleep problems, in fact I easily get into deep sleep recently (have been using emwave Pro for this). However, I just want to further optimize cognitive (maybe I.Q.?) and attention abilities. I don’t have any attention issues as well, but I’m just exploring to see if there’s anything which could help me further be able to focus for longer period of time.

The versus headset is quite attractive as it’s more affordable than the others. However, I kind of doubt it’s effectiveness, as it’s quite new and I don’t want to have the same experience as with the Muse headset. I’m not sure if you could just briefly say your thoughts regarding this particular Versus device?

I’m still a newbie in neurofeedback, but from their website they claim to be able to access Fz, Cz, Pz, C3 and C4 protocols. Any idea if this is possible using their hardware?

Will be really grateful to have guidance on which neurofeedback equipment to purchase given my situation, thanks in advance!

There are some posts related to your questions over on this other thread.

The Versus founder and CTO has a stellar reputation, Leslie Sherlin,

Yes their headset has a “cross” shaped contact area with Cz in the center, C3 and C4 to either side, and Fz, Pz in front and back of Cz.

Take a close look at Pete Van Deusen’s Brain-Trainer system as mentioned in that other thread. You will learn a lot and be able to do your own assessments and select training protocols. Versus is much more automated and won’t do much to “train the trainer”.

Can I use Brainbay or Bioera to make a design in order to do a ILF training? What equipment I need (I a have an OpenBci Ganglion)